Organic mulching is the common practice of covering up soil with all kinds of organic materials such as straw, wood chips, compost, and crop residues.

It is practiced for its numerous positive benefits, that may lead to an increase in crop yield, such as:

There are however, things to think about, and some disadvantages, such as:

Straw mulch is great for reflecting solar radiation to keep your soil cooler and prevent weed growth. However, it can harbour pests such as slugs. If you are using a straw mulch and live in a climate with a pronounced cold season, ensure that your soil has warmed up enough before applying your mulch.

Compost mulch is great for enriching your soil, however, it may be less effective at smothering weeds.

This text is based on an academic literature review by Alice Ambler at the James Hutton Institute as part of our collaborative GROW Observatory project.

How to Mulch: Save Water, Feed the Soil, and Suppress Weeds.
Mulch It!: A Practical Guide to Using Mulch in the Garden and Landscape
The Mulch Book: A Complete Guide for Gardeners 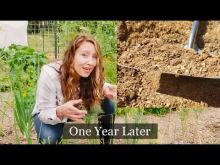 We covered 1/2 the garden in wood chips | One Year Later | Did it IMPROVE the Soil? 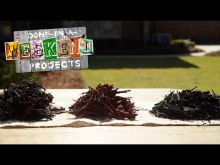 Mulch to consider: How to select the ideal mulch for your planting beds 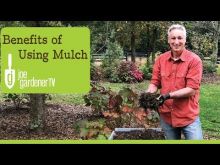