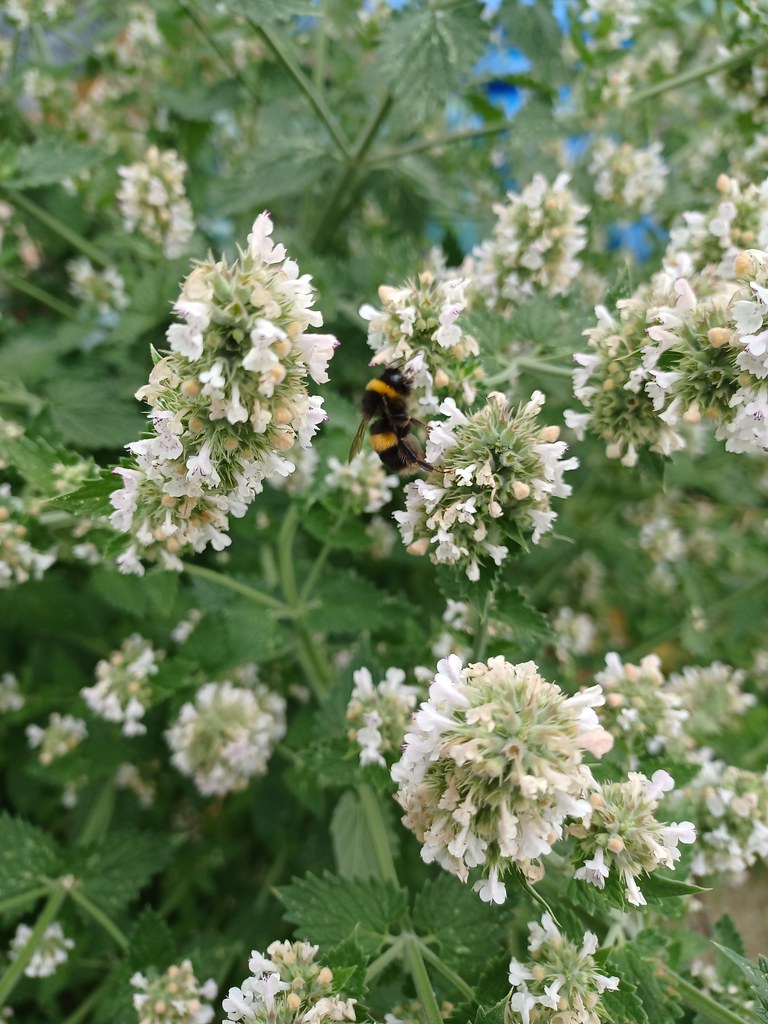 Do you live in fear of your allotment committee, waiting for the day when you get a letter about your ‘messy’ plot? If so, you’re not alone! Across the UK, we’ve been hearing stories about permaculture plot holders who are finding their growing practices are not in keeping with traditional allotment ‘rules’.

(We know there are also amazing examples of permaculture-friendly allotment sites too, and would love to feature them in a follow-up blog. So if you’re fortunate enough to be on one, do tell us about it!)

One group of allotment holders and gardeners in Newcastle upon Tyne came together last summer to raise the issue of how to make biodiversity more acceptable on the city’s allotments. I spoke to Leighton Bentley* from BAGiT (Biodiverse Allotments and Gardens in Tyneside) about what prompted this move. They rent an allotment that is managed by Urban Green, on behalf of Newcastle City Council.

“We got sick of getting inspection letters when we've got heavily cultivated allotments,” they explained. “If you're a no-dig gardener, you probably cultivate an awful lot more than a traditional gardener, but there’s a lack of understanding among some allotment committees about gardening with nature.

“People can cover their entire allotment in dahlias for the show bench and squirt all manner of chemicals all over the place, but god forbid an organic gardener has a large patch of comfrey or nettles!  We thought it was ridiculous and had to do something about it.” 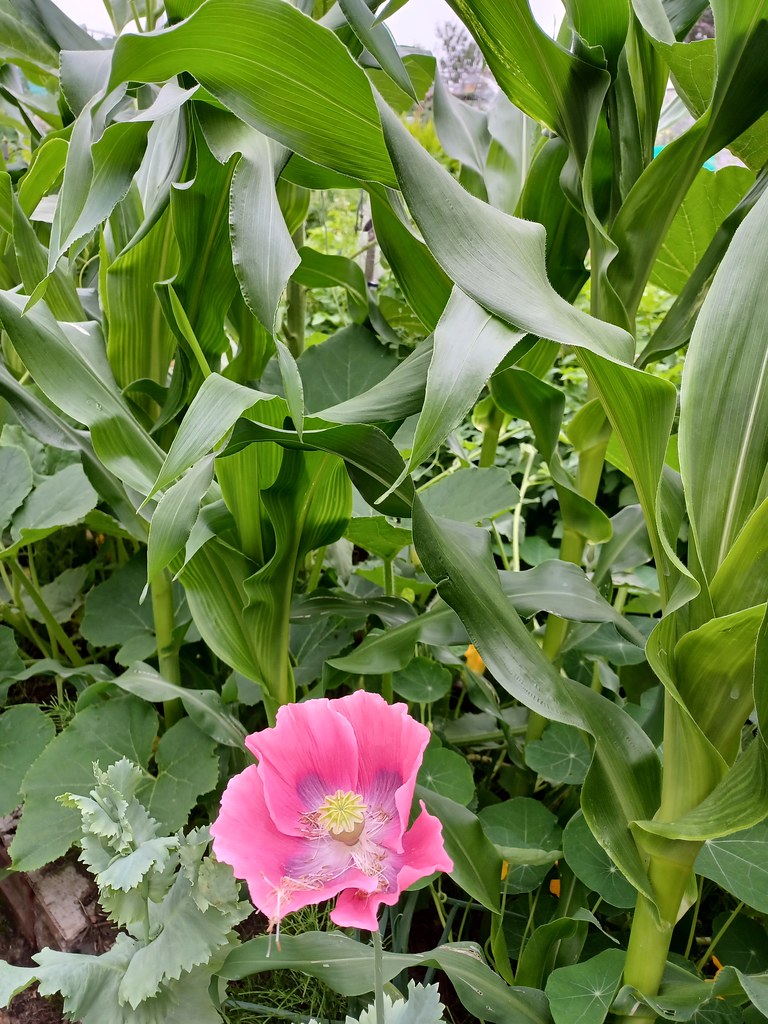 So they got together to email city councillors and Urban Green asking for biodiversity to be integrated into the allotment rules, so they better reflect the council’s own biodiversity aims. Part of Newcastle’s Biodiversity Action Plan says they have concerns about allotments being too tidy and that committees need to start embracing a bit of ‘messiness’.

BAGiT members claim that some allotment committee members on their sites are the heaviest users of weedkiller, and are the most resistant to change. They also haven’t had much response from their elected officials, apart from one opposition councillor who has promised to take up the matter for them.

"Some people who use weedkiller and other harmful chemicals are protective of their right to use them,” said Leighton. “Allotment sites can rapidly become an 'us and them' situation with “chemical” gardeners feeling incriminated by nature-friendly gardeners, which is not helpful. You're never going to solve this locally on allotment sites if there's a battle between organic and chemical gardeners.

"That's why we've been trying to take the approach of 'let's get the rules changed' instead. As much as we would love the rules to say ‘no weedkiller’, that’s unlikely to happen quickly, so why not just get them changed to say people are allowed to garden in a way that's good for the environment?

“I figured there's likely to be a lot of permaculture gardeners who are in a similar situation. But I’m always seeing beautiful allotment sites in gardening magazines that are so tolerant and have a ‘live and let live' approach where permaculture is normal, so it is possible!” 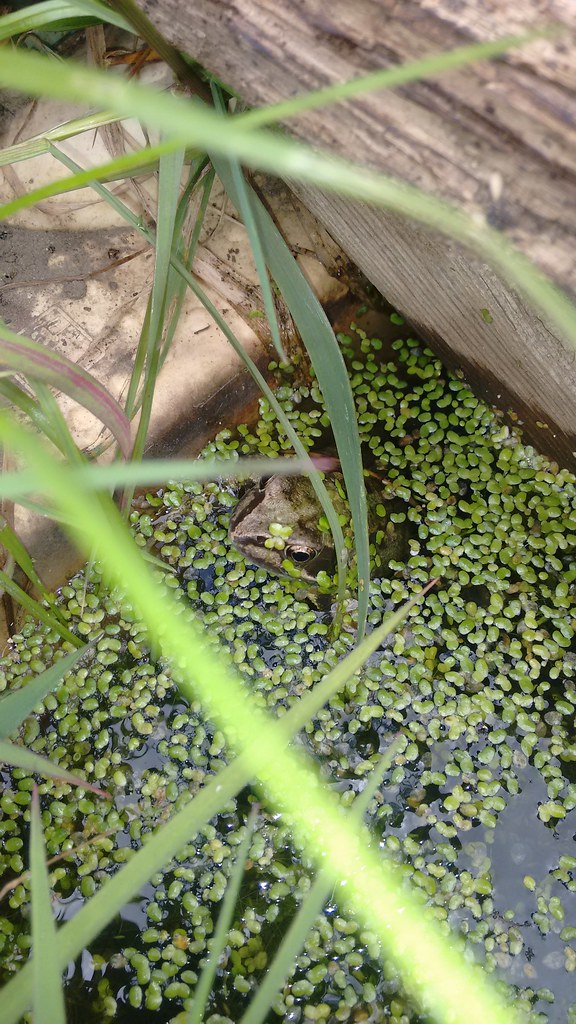 Leighton explained that the National Allotment Society pushes the idea that an allotment site needs to adhere to the rules of neatness etc. and that any biodiversity areas have to be tucked away on a derelict part of the site.

“This is a real issue for gardeners like us using permaculture and no dig etc. getting letters and being chucked off allotment sites simply for gardening with nature,” said Leighton. “BAGiT would love to be able to change this idea that biodiversity is about having a derelict area ‘over there’ where some wildflower seeds are scattered and everyone else must keep it all neat and tidy and use weedkiller. We need more integrating rather than segregating!”

Phil Gomersall, President of the National Allotment Society, recently had this to say about permaculture in an international allotmenting journal:

"...Then we have gardeners who belong to Ideological groups such as the permaculturalists who have the ethical principles of caring for the earth, people and sharing fairly. I think most allotment gardeners hold a good number of these principles as a matter of course but unfortunately, like most ideological groups, a few tend to develop some extremes with gardening techniques which do not comply with allotment rules, thus causing conflict."

The eventual aim would be to change the Allotment Act to include biodiversity and put protection for biodiversity within it, as this would send a powerful message about what is acceptable allotment practice. But changing any Act of Parliament takes a great deal of time, so the first step is to start at a local level.

Gavin Cassidy, recently-appointed Local Food & Allotments Officer for Urban Green, has a background in permaculture and is keen to get this kind of thinking into the city's allotments in the future. "It's mainly to do with not seeing the 60 plus allotments managed by Urban Green Newcastle as separate fortresses hidden away in the city, but integrating them into the community and connecting them with each other," he explains. "So just as individual plot holders may borrow a wheelbarrow from next door's garden, I hope allotment associations and committees all across the city can interact more and share methods and expertise to raise the standard for allotments as a whole."

Call to action: Let's rise up and make this happen! We need to put pressure on our elected members and councils to get them to recognise the need to better align allotment site rules with local biodiversity action plans. Read your local Biodiversity Action Plan and allotment site rules if you haven’t already, and point out to them any sections that don’t line up and ask for it to be changed in favour of biodiversity.

*Leighton Bentley is a pseudonym