The Green Backyard was set up in January 2009 when Peterborough City Council gave permission for a group of volunteers to make use of a former allotment site which had been closed for over 15 years and was now derelict. Since then they have held two volunteer days per week and have transformed the site from its overgrown state to a productive garden. They have also built a double polytunnel, composting toilets, a kitchen/social area with solar power, a workshop, a large teaching classroom and several storage sheds, all of which have been constructed using mostly reclaimed materials. They run numerous courses and events including a green woodworking group, live art jams, monthly craft fairs, conker championships, community picnics and live music events and have a growing band of volunteers and followers. 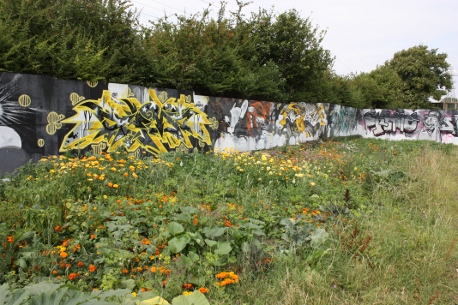