Design to create a themed action plan for the Love Springwater Park community group. This would need to contain a range of project ideas which can be implemented by the group in the short, long and medium term and focussed upon maintaining and improving Springwater Park for the benefit of all. You can read the full design here.

Love Springwater Park is a community group I am involved with, which was founded in September 2017.

We are a group made up of people from Whitefield in Greater Manchester who are dedicated to maintaining and improving Springwater Park for the benefit of local communities and the environment. The park is around 120 acres of green space located at the convergence of the River Irwell and River Roch in Bury. It was formerly an industrial site housing three factories, but now belongs to Bury Council and comprises of riverside meadow / floodplain surrounded by lodges and woodland. Part of the site was also historically a municipal tip.

The meadow area of the park is a natural floodplain and it suffered serious flooding during the storms in December 2015, which also flooded many homes in neighbouring communities. Since then the riverbank, which had become very steeply carved as result of high levels of rainfall, has become seriously eroded and a large area of the riverside meadow has been lost. In 2018 the group were informed that the park may become part of a borough wide flood-remediation scheme being developed by the Environment Agency. In 2019 this work was confirmed and provisional plans were drawn up with work due to start in Spring 2020. Unfortunately due to the pandemic the work was unable to start but in January 2021 the project finally began, with view to it being completed in April.

The prospect of this large project taking place meant that much of our work as a volunteer group had to be put on hold. The work starting meant that there was finally light at the end of the tunnel and that it was possible for us to start coming up with longer term plans again for our group and our park.

This design focuses upon the collaborative creation of an Action Plan for the group moving beyond the completion of the Environment Agency works. It was developed in my capacity as member of the group, and used GOBREDIM as a framework.

You can read the full design here. 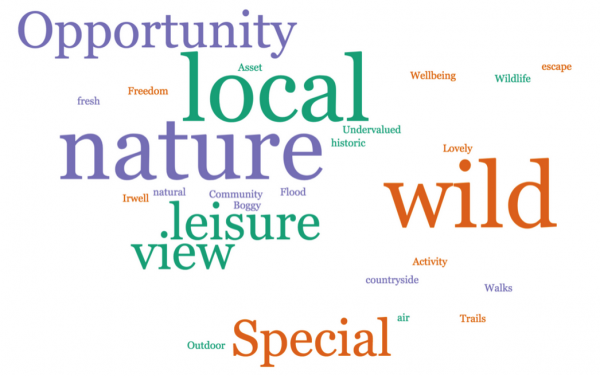